There are customers that come into Temecula Valley Sewing Center, who when looking for a new sewing machine, tell me that they are convinced that the new machines having plastic covers and parts aren’t made as well as older machines. What they don’t realize is that newer machines have their metal frame on the inside of the plastic covers. Many newer machines that have plastic parts are much larger than their ancestors, and would weigh too much to carry if they were made entirely of metal parts. Older machines that are all metal can also require more effort to service.

The picture above and to the right shows the metal frame of a Bernina 130. While this Bernina does have plastic covers, I was able to remove those covers in under 5 minutes, and had access to clean, oil, and service that machine very quickly. Weary of a computerized machine because you don’t trust computers? Having serviced machines for over a decade, I can tell you that the reliability of Janome and Bernina circuit boards is very good. Come in to Temecula Valley Sewing Center and let us show you the wonderful and new world of sewing, quilting, and embroidery, which is almost entirely made up of computerized sewing machines.

There is at least one benefit to an old metal sewing machine. When it dies you can use it as a trade-in*.

*Temecula Valley Sewing Center does not accept all machines for trade-in, and reserves
the right to refuse to offer a trade-in value for any machine. Trade-in values vary.

Hi, I have two old Brother sewing machines and I would like to know if you do trade-ins.

Hi Karen, Yes we do trade-ins. You will need to bring in your machines so we can take a look at them. We can't and won't try to estimate their trade in values before seeing them.

I have an 18+ year old Kenmore. It was a gift from my mom when I was 16 but it was bought used at a rammuge sale. It is entirely made out of metal and I just clean it about once a month. It has no fancy stitches, I make buttonholes using the zig zag stitch, etc. But it sews through anything. And when I say ANYTHING I literally mean, all fabrics to Sealskin, Leather, Moosehide, Walrus hide, Thick cow leather, Beaver, Muskrat, Fox, Wolf, etc. ANYTHING.I just bought a $500 Brother, but I have yet to try it out, I just stare at it while using my trusty Kenmore. I feel like my old wife will leave me if I try to play with the newer younger model! :) haha.Good luck.

We own an Activa 130 and we want to upgrade to the presser foot lifter. How difficult is it to install ourselves? Is the part available? 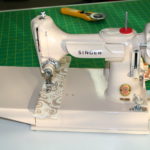 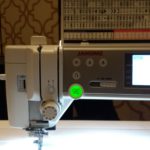 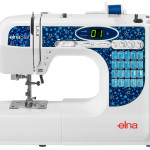 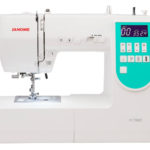 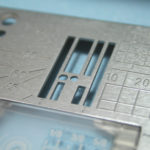 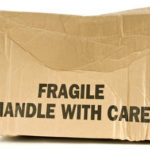